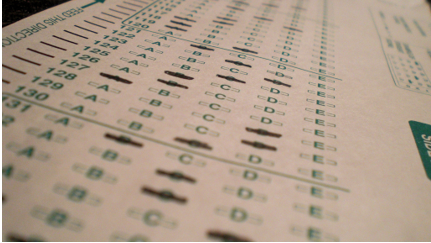 ATTENTION CONNECTICUT PARENTS OF HIGH SCHOOL JUNIORS: WHY THE IN-SCHOOL SAT IS NOT NECESSARILY YOUR TEEN’S BEST FRIEND!

There are currently eight states that use the SAT as its official state exam to assess high school juniors academic achievement and college readiness. Connecticut was one of the first to do so. The thinking behind Governor Dan Malloy’s decision to eliminate the Smarter Balanced Test and replace it with the SAT was that it would remove, at least, one other exam from every junior’s schedule.

So, what’s the problem?

The January 2018 SAT was eliminated in favor of an August 2018 SAT. The first national SAT exam of 2018 was offered on March 10th, but since the Connecticut in-school exam was scheduled for March 21ST, most juniors did not sign up for the March 10th exam.

Unfortunately, Mother Nature was not very kind to Connecticut this year, and a snowstorm pushed back the exam for many Connecticut students to April 24th. And, now, the April 24th scores were just released on Thursday, May 17th — amidst the tornado that devastated many Connecticut towns like mine: Southbury. It’s hard to think about test prep when you are trying to figure where you can get a hot shower.

At least according to the feedback I received from my veteran test prep students who took the December 2017, March 10th and May 5th, 2018 national exams. They claimed that the April test was “much harder” than the national exams. But, that is anecdotal feedback.

LET’S LOOK AT SOME “HARD” DATA

But, that is just one student. Let’s look at approximately 20 students — clients of mine — across four towns. The average increase in their scores from the April to the May exam was around 50+ points.  One could argue that these students were already “warmed up,” but I have my doubts — call it intuition — because I can’t REALLY prove anything. Unless the state of Maine releases the April exam again by accident like it did last year, I will never get to plant my baby blues on the actual 2018 April test. (By the way, the April 2017 in-school exam was hard.)

SO, WHAT’S THE BOTTOM LINE?

Students should not base their test potential on the April exam alone unless, of course, it was awesome!

If, however, your teen is not happy with his or her scores, have them prepare for the June and August tests. Students should take the test at least three times — not randomly — but with practice and purpose. With a determined mindset, I promise you; there will be an improvement in his or her scores.

Interested in learning more about SUMMER TEST PREP AND COLLEGE ADMISSIONS WORKSHOPS or simply have questions about all things college related — feel free to contact me via my website: studdertcollegeprep.com

I am happy to help!

Guarantee Success On The SAT : A 6 Step Plan to Get You Started