Everyone has a unique story And every paragraph of my personal narrative has led me to my role as an Independent Education Consultant. 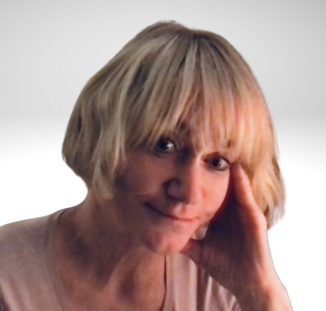 Eileen is a rigorous academic who loves learning and helping students achieve their potential. She began her 12-year career in magazine publishing, first as the Promotion Manager for Better Homes & Gardens and, later, as Marketing Director for Food & Wine Magazine.

While raising her family, Eileen held part-time teaching roles as a Literacy Teacher, Homebound Tutor, Executive Functioning Coach, and an Enrichment Instructor in both Region 15 and Newtown Public Schools.

Additionally, she served as a Language Arts Instructor with a strong focus on SAT and ACT Test Prep at Excel Tutoring in Newtown, Connecticut before starting her tutoring company Performance Prep & College Admissions in January of 2014.

How I Became a Test Prep Tutor!

About twelve years ago, while raising my two children, I was hired by a small boutique tutoring company, Excel Tutoring, as an SAT coach. Since it had been a few decades since I took the SAT exam, I needed to relearn the test. Once I knew the test, however, I realized that I would need to apply my rhetoric skills in a scientific rather than an academic way.

Here’s Why: The skills needed to do well on the SAT reading and writing are NOTHING like the skills necessary to demonstrate mastery in school. High School humanities teachers expect students to analyze texts and INFER responses. Inferring requires abstract thinking. On a standardized test, since there is only one right answer, there is no real thinking. The test is relatively concrete.

How I Became an Independent Educational Consultant

As a veteran test prep tutor in my community, parents often asked me questions about college. Up until four years ago, I wasn’t well-versed in the many facets of the college admissions process. But, with my daughter, Kaleigh, a junior in high school at the time, beginning the college process herself, it made sense to learn.

So during the summer of 2015, I attended the Independent Educational Consultant Association (IECA) Intensive Summer Training Institute. It was the best decision I ever made!  Attending this training was my “ah ha” moment. I knew that I was born to do this work!

Armed with my newfound knowledge, Kaleigh and I worked diligently on finalizing her college list, filling out her Common Application and financial aid forms, and completing her personal, supplemental, and scholarship essays.

Our hard work paid off. Kaleigh received Presidential Scholarships from Bucknell, Loyola, Elon, and High Point University. She got into the Honors Program at James Madison University, Loyola, and High Point. She was accepted into the Co-op Program at Northeastern, and she was selected for the prestigious Business Fellows at Elon University. I believe that the attention to detail in her applications and essays gave her an advantage.